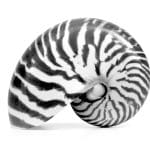 I recently completed a system implementation for a leading UK company, which resulted in a key processing time being cut from 4 hours to a mere 4 minutes. The implications for the client were considerable –performance was enhanced, costs reduced and, just as importantly for this data driven organisation, it gave them the real time deep analytics they crave. For the client it was a revelation, but I wasn’t surprised at all; I’ve witnessed this kind of improvement countless times before – and without any need to change application code, database schema or SQL.

But the experience got me thinking.   Why in our Big Data obsessed world, isn’t everyone shouting more loudly about the software that produced this saving, SAP (Sybase) IQ?

Of course as we all know, SAP IQ is an extremely successful product, widely used and recognised as the world’s leading column architecture data warehousing and analytics software. Paradoxically however, it seems to me that the sheer all-round usability of SAP IQ as a BI tool is still one of IT’s best kept data secrets.

For most people, when you mention SAP IQ they think immediately of extreme scale data sets. Indeed, the ability of SAP IQ to manage, store and query extreme data sets is second to none; IQ (with HANA) is even in the Guinness Book of records for the largest data warehouse (at 12.1PB) and the fast loading and indexing of Big Data (performance can be 100 times faster, or more, than other systems). Whether dealing with fraud detection, risk analysis or operational bottlenecks, this ability to find answers to complex data queries at the speed of business is game changing.

But the success of IQ belies a wider usability – SAP IQ isn’t used just because of its incredible speed. As an SAP IQ user and implementer with an eye on what “the business” really wants from its IT, I’m convinced that IQ’s flexibility of usage, lower TCO and simplicity of implementation makes it invaluable for any organisation, big or small, that wants to harness the power of the data it holds.

Simplicity is the key

Undoubtedly, one of the key reasons is SAP IQ’s simplicity. Despite the state of the art technologies that lie at its core, SAP IQ is incredibly easy to implement and even simpler to use. Whereas traditional IT systems need fine tuning to access and decipher the vast amounts of data now available to organisations, SAP IQ is basically an “off the shelf” product. You set it up and off you go, with comprehensive analytics from day one. Simple as that.

And that’s not just for data downloaded directly into the system. With a ‘shared-everything’ architecture, SAP IQ acts like a central data portal, allowing data from all organisational sources to be immediately accessible for analysis. In my mind, this is a critical feature in our data obsessed world. Despite the allure of treasures hidden within, we all know that Big Data, or just plain data as I prefer to call it, can be unwieldy, is unstructured and can be completely unmanageable. SAP IQ gets over this by employing a range of state of the art technologies to ensure all captured data CAN drive operational processes – native Hadoop, MapReduce programming frameworks, a library of statistical and data mining algorithms …  The result is ‘Big Data’ that is accessible, manageable and highly valuable for thousands of concurrent users, if your organisation so desires.

Lower TCO, in the face of scalability

And can it deal with spiralling data sets? SAP IQ has no problem dealing with data volumes that are growing annually by a previously inconceivable order of magnitude. Unlike complex, purpose-built analytics systems, SAP IQ is completely scalable; changing requirements and expanding user communities are dealt with seamlessly without the need for code rewrites that bring the whole system to its knees. The same applies to data changes that, of course, are immediately available across the network, meaning that your data analysts always have the most up-to-date information at their fingertips.

And finally but not least, TCO. This is where I think SAP really holds the trump card. SAP IQ is extremely affordable with a licensing structure crafted to meet the needs of all organisations, big and small. SAP’s revolutionary Adaptive Server Platform Edition license, launched earlier this year, even gives the licensee the option to buy a generic license that can be interchanged between SAP data products IQ, ASE or Replication Server to meet businesses’ changing data needs. And data sets growing at a meteoric pace incur no additional costs at all.

OK, yes I’m unashamedly an SAP IQ fan but I think, with very good reason. IQ has been around for a long time – it’s proven, reliable and indestructibly flexible, lending itself perfectly to the demands of the modern, data-driven era. If you have it within your arsenal, I strongly suggest you revisit its role within your data strategy to ensure that you are exploiting its assets to the full. If you haven’t, and you are grappling with extreme data sets, boy, are you missing out.